The History of Our School

Founded in 1820 in Amiens, France by Marie Madeleine d’Houët, the Sisters, Faithful Companions of Jesus, came to Newtownbarry (as Bunclody was then called) 156 years ago last August and have provided an unbroken service of education in Bunclody during all that time.   Following the famine years, there was great poverty and basic education was much needed in rural Ireland.   Father James Parle, the curate in Newtownbarry, was determined to do what he could to improve the educational facilities in his parish.  Following contact with FCJ Sisters when studying in Paris, he applied to the Faithful Companions of Jesus to send Sisters to provide much needed education for the children of the area.

So it was that on August 5th, 1861, the first F.C.J. Superior General after the Foundress, Mother Josephine Petit, opened the new foundation in Newtownbarry with seven Sisters from England and Limerick.  Fr. Parle gave them his house beside the Church of St. Mary Magdalen at Ballinapark.  Some Sisters taught the girls in the adjacent National School while others worked in the Boarding School for Girls, which was opened immediately.  Fr. Parle went to Australia in the following years to raise funds for the new convent but never returned as he died in an accident there in 1870. 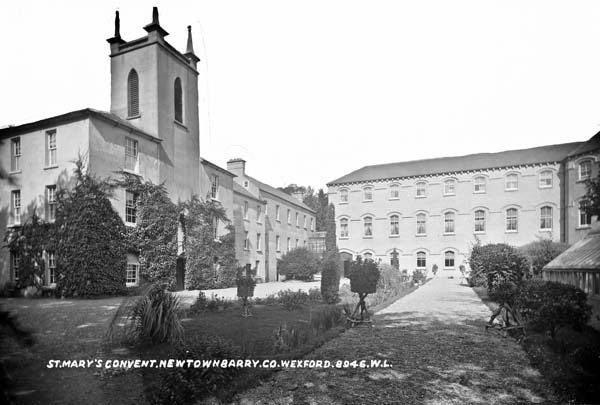 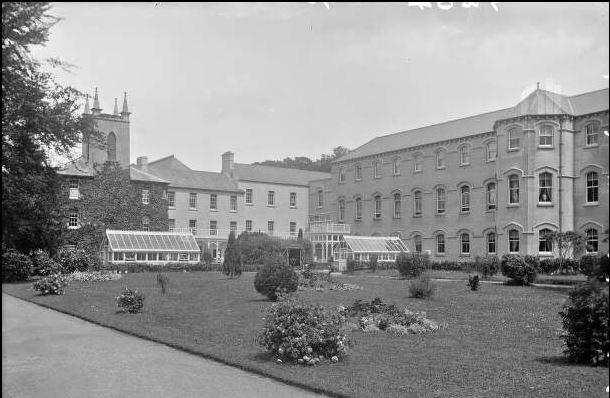 Since then the story of the F.C.J. Sisters work in Bunclody has been one of growth and change. The Sisters educated local girls in the Primary School at Chapel Road until the Girls and Boys primary schools were amalgamated in 1975. F.C.J. Sisters continued to teach in the new school – Our Lady of Lourdes N.S.. The secondary school became co-educational in 1969 and the boarding school closed in June 1986.   From 1861 to 1922 students were taught a wide range of subjects with the emphasis on the Liberal Arts.  With the foundation of the new State in 1922, Irish replaced German and students began studying for the Leaving Certificate, which was first held in F.C.J. Bunclody in 1925. 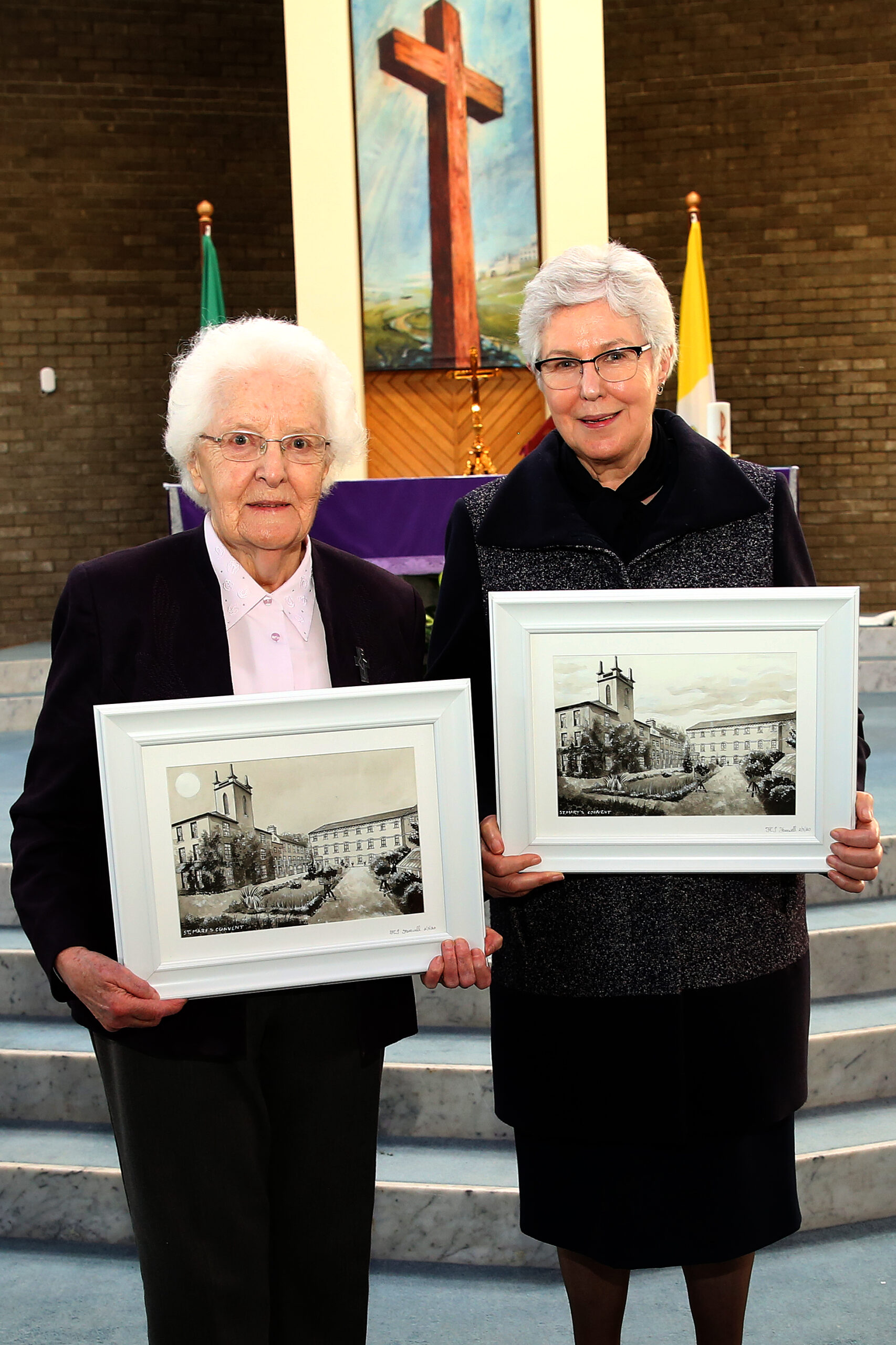 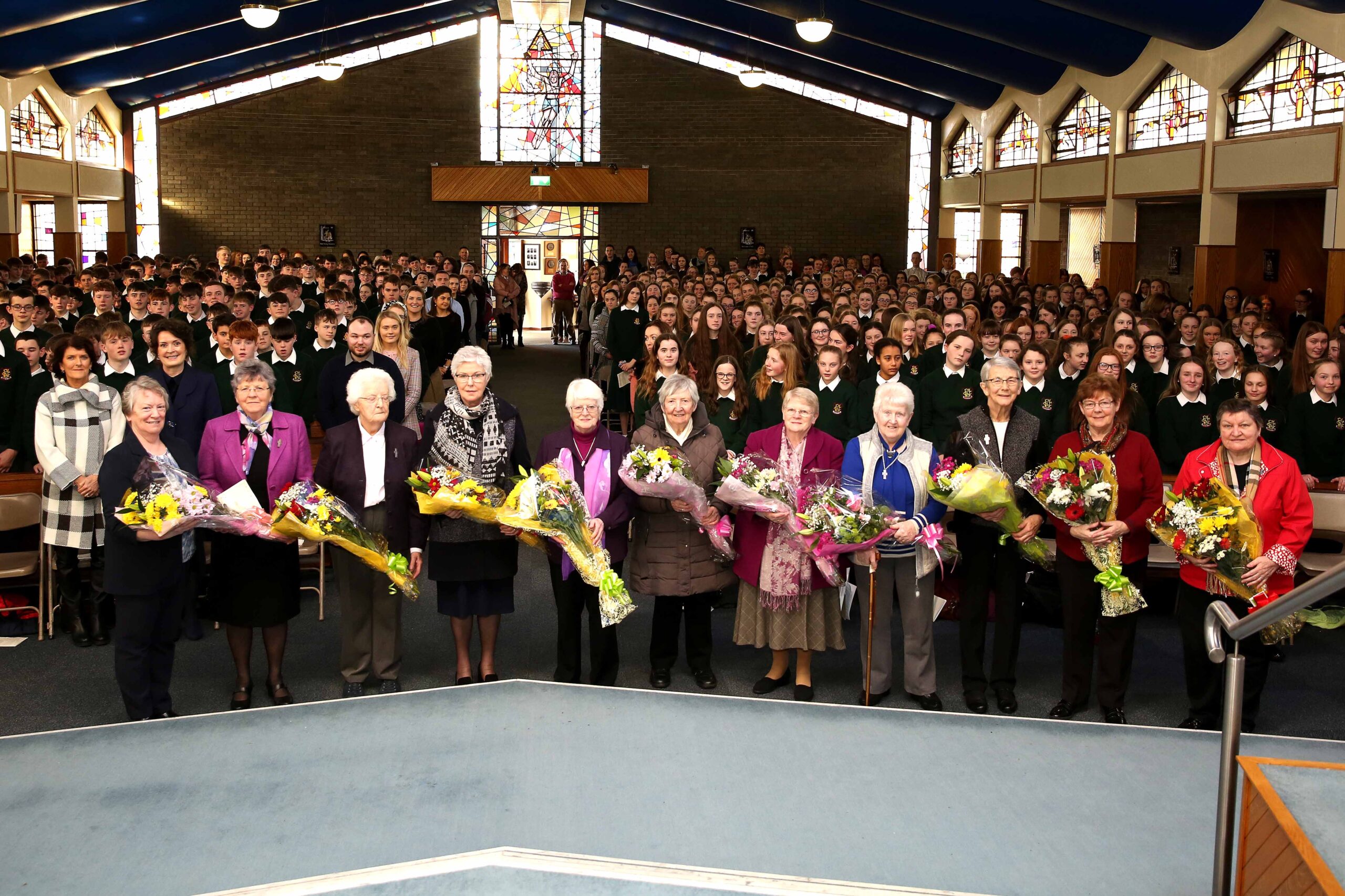 Sister Madeleine Hayes FCJ, and Sister Madeleine Ryan FCJ, at the Farewell Mass in March 2020. This event marked the departure of the remaining Sisters from the grounds of FCJ Bunclody.

The FCJ Sisters that attended the Farewell Mass in Bunclody, that also marked the school’s celebration of the FCJ Bicentenary (click the link at the bottom of the page to read more).